Mysterious Deaths Surround Jade Helm State Wal-Mart’s ‘Hotel California’ Tunnel System Project – If They Check You In, Can You Ever Leave? By Stefan Stanford – All News Pipeline – Live Free Or Die

An entire slew of mysterious deaths surround Jade Helm 15 state Wal-Marts where at least 4 decomposing bodies have been found within a month‘s period of time in Texas and Oklahoma in at least 5 different incidents. The latest case getting mainstream media attention from this Daily Mail story shares of a Colorado father of five who ‘disappeared’ after spending $300 at a southern California Wal-Mart. With so many mysterious deaths surrounding Jade Helm 15 states Wal-Marts in only the last month, we’re offered a ‘conspiratorial’ look into a mysterious Wal-Mart tunnel system detailed below that lead us to ask if these tunnel systems will soon be used to ‘quickly make people disappear out of public eye’, to never be seen again, giving ‘black sites’ a whole new meaning as the ‘red list’ is taken underground? ‘If they check you in, can you ever leave?’

This quote from a former US Navy SEAL gives us even more to go by.: “The tunnels are already in place. They are using the 6 months, which brings us into September, to clear the places out and configure them for supply depots, communication hubs and pre-processing centers”.

With Wal-Marts in several Jade Helm 15 states mysteriously closing for at least 6 months and the mystery now deeper as we learn of an underground Wal-Mart tunnel system project launched along with the Department of Homeland Security and NSA involving hundreds of stores and the creation of a system of underground tunnels throughout the country which they say were designed to ‘further protect the homeland and ensure the safety of its’ citizens in case of nuclear, biological or chemical attacks.’

We also learn here that the joint-venture tunnels will serve as conduits for national defense to rapidly move troops, supplies and armor throughout the nation between strategic locations in the southern portions of America. We can also imagine that if and when gun confiscations take place, human cattle will likely be moved through these tunnels.

In order to further protect the homeland and ensure the safety of it’s citizens in case of nuclear, biological, or chemical attack, a join venture of the NSA, DOD, MiB, DHS, CICs, DFCS, and BK has been created in order to create an expansive tunnel system throughout the south. These tunnels will also serve as conduits for national defense to rapidly move troops, supplies, and armor throughout the nation between strategic topographical locations.

Paulding County, Georgia, is said to be the central location of the project. Yorkville, Georgia is to be a terminus of sorts for the hubs.

Wal-Mart’s involvement in the project has not yet been officially commented on, but it is generally percieved that Wal-Marts in these areas are staging areas for the tunnel project.

It is to be noted that this project is under a great deal of scrutiny by those who live near the ongoing construction project. Analysts do not believe the project will be available for public use, and will not be publicly acknowledged (rumors of usage by NASA for it’s installation in Huntsville, AL have been found to be true).

While the ‘Official Wal-Mart Tunnels of Paulding County Investigation’ tells us that Wal-Mart’s involvement in the project had yet to be officially commented on, a number of Wal-Mart’s throughout the South were to be hubs of the project as shared in the new video below from DAHBOO777.

In the newly released 2nd video below from FoundingFatherof1776 our videographer puts more of the pieces together while asking if these Wal-Mart’s will be used as FEMA Centers and finds that all of them are very close to main roadways throughout the region that connect most of the US together, allowing very easy on and off access above ground as the tunnel systems below ground leads us to ask if they’re ready to bring new tunnels to surface in each of these Wal-Mart’s being closed down in Jade Helm 15 states? Are they expecting some kind of WMD event?

The 3rd video below shares of a new statewide-WMD training drill taking place in Iowa as the government continues to prepare for something massive while the majority of the American people remain in the dark. 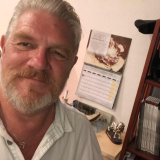